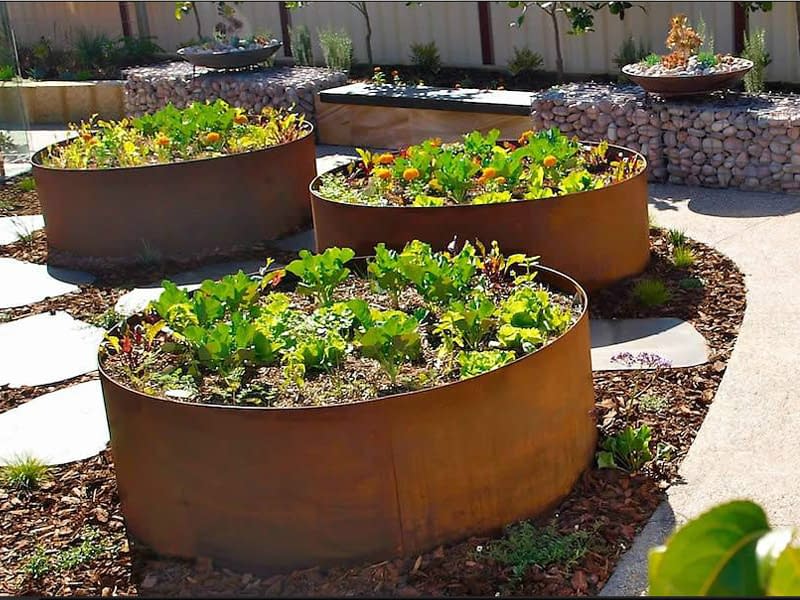 Corten steel is a type of weathering steel that is used in architecture and sculpture. It is made of a blend of copper, chromium, and nickel. The chromium and nickel form a protective layer on the surface of the steel which prevents it from rusting. The copper gives the steel a reddish-brown color.

Corten steel is often used in outdoor sculptures and architecture because of its unique look. The patina that forms on the surface of the steel as it rusts creates a beautiful, one-of-a-kind appearance.

1. What is corten steel and why would you want it to rust faster?

Corten steel is a type of steel that develops a rust-like patina when exposed to the elements. This patina helps to protect the steel from further corrosion and makes it resistant to stains and scratches. While corten steel is often used in architectural applications, it can also be used for landscaping purposes.

One benefit of using corten steel for landscaping is that it provides an attractive rustic look. Another benefit is that it doesn’t require any painting or other treatments to maintain its appearance.

However, one downside of corten steel is that it can rust faster than other types of steel. This is why it’s important to consider the location and exposure of corten steel before using it in a landscaping project.

2. How do you make corten steel rust faster?

If you want to make your corten steel rust faster, there are a few things you can do.

By following these steps, you can speed up the process of making your corten steel rust.

3. What are some of the benefits of having a corten steel surface that’s rusted?

Rusty surface of corten steel edging is often perceived as unappealing by many. Nevertheless, there are quite a few benefits that come along with this type of steel.

For starters, the rust that forms on the surface acts as a protective barrier against further corrosion. In other words, the steel is actually protecting itself from further rusting.

Furthermore, the formation of rust creates a unique patina that can be quite visually appealing. Corten steel also has a high resistance to abrasion and high temperatures, making it an ideal material for many industrial and construction applications.

4. Are there any drawbacks to making corten steel rust faster?

Corten steel is a type of steel that corrodes slowly, forming a rust-like patina on its surface. This creates a unique and attractive finish that has been used on architectural and sculptural projects around the world. However, some architects and designers are now purposely hastening the rusting process in order to create a more weathered look. While this can create an interesting effect, there are some potential drawbacks to consider.

As with any material, it is important to carefully weigh the pros and cons of using corten steel before making a final decision.

5. How long will it take for corten steel to rust if you don’t do anything to speed up the process?

Corten steel is a type of steel that develops a protective layer of rust when it is exposed to the elements. This layer of rust helps to protect the steel from further corrosion. However, if you do not take steps to speed up the process, it can take several years for the corten steel to develop a full protective layer. The exact amount of time it will take depends on a number of factors, including the type of steel and the environment in which it is located.

However, if you want to rust corten steel quickly, there are a few things you can do.

If you follow these steps, you should be able to see visible signs of rust within a few days or weeks.

6. How can you protect other surfaces from rust if you’re trying to speed up the rusting process on corten steel ?

Rust inhibitors are typically applied to Corten steel before it is exposed to the elements. In this way, they form a barrier between the steel and the oxygen and water that cause rusting.

Finally, you can coat the Corten steel with a sealant or paint. This will provide a barrier against oxygen and water, and it will also help to hide the rusty appearance of the steel.